What a weekend!
Well first of all, I have to apologize for my nasty post about Sundays…our relief society lesson was directed right towards me, haha definitely what I needed to hear. And just fyi, I set up my visiting teaching appointments for this week 🙂

Saturday me, Mark and Chris had planned to go hike Table Rock Mountain, a hike that Mark and I had attempted a couple falls back but I was super sick and we didn’t get very far, plus we started the hike at like 1 in the afternoon. So try 2! We planned on waking up early and being out the door by 7…we both slept in until 8 but got ready fast, we aren’t avid hikers so we didn’t really know what to wear, we don’t have hiking boots or the typical khaki shorts, thick socks and walking sticks….and were on the road by 8:30. It took a little longer than usual to get there because we kept getting stuck behind tractors. So we get to the trail head at 10:20 and took of down the trail. {we didn’t really know if it was the right trail, we just assumed}
We were really excited and energetic. I had decided that I wasn’t going to complain at all, this was going to be a fun day!
About 20 minutes later we realize there is no way this is the right way, it’s completely flat! So we turn around and run into a couple people and ask them if this is the right trail. One guy said yes so we turned back around until we decided that he was wrong. We asked another lady and she said we were definitely on the wrong trail. At this point I had lost my steam. We finally made it to the right trail and saw a sign that said it was 14 mile hike! and it went from 5,000 feet in elevation to 11,000! It was a little more than I was prepared for, to say the least. About two hours later we made it to the spot where we decided to eat lunch. After a little lunch break we continued on. {the spot where we ate lunch was where we turned around last time!} I noticed that I started getting blisters on my heals at this point but we didn’t bring any band aids so I tried to ignore them and stay determined to not complain. We reached the bowl which was beautiful! We had to go up the side of the bowl on lots of switch backs. We saw a moose here! He came out of no where, but luckily we were up one switchback higher, but a couple hiking with their dogs got freaked out by it. The moose tried to attack the dogs but they got away and no one was injured. We found a couple on the switchbacks that had band aids and gave me some. This helped a lot!
We made it to the ridge and you could see the whole valley, all the farms in Idaho. It was pretty cool. We were super high up…The last push was the worst. We had to get to the top of the dome looking mountain. It was barren and completely rocky up there. We climbed a lot of elevation the last little bit and I got light headed. The last 15minutes were the hardest. {the pictures don’t do it justice}
But as we climbed up the last part we turned around the corner and out of no where come the Grand Tetons, it took our breath away. We were so close to them! They were literally right in front of our face. Mark was so excited that we actually made it this time. I don’t even know how to explain the feeling and the view. I’m really glad I had Mark and Chris there to encourage me to make it to the top. It was a sight I will never forget.

We sat there for a while taking in the mountains surrounding us, the cliffs, the valleys, the lakes, the peaks, God’s creation. After taking a lot of pictures and resting, we realized it was 4:30 and we needed to get going before the sun set. We were talking to some hardcore hikers and asking them about the other way down, the face of the mountain. They said it was really steep but that we could do it. So we started down.
That was honestly the hardest thing I’ve ever done. Not that it was a really difficult trail or that we had to scale the mountain and repel, but we were exhausted. My legs started hurting and shaking. We ran a little ways down because it felt better on our knees but then the trail started giving way and was super rocky. I fell a few times, it made my heart skip. When we got to the really steep part my legs could barely hold me up. My outer knees and hips were in so much pain that every time i would take a big step over a boulder a whimper would escape my mouth, and I couldn’t help it. The second time I fell on the steep part, tears started running down my cheeks. I think it was just exhaustion, but I was embarrassed and tried to hide it. We still had so much elevation to come down. The sun started setting and I honestly didn’t know if I was going to be able to hike the rest of the way. Mark and Chris were so kind and patient. They kept saying, its ok, you’re not a whimp, we are exhausted too. {I could see Chris’s legs shaking like mine, but those two boys are amazing,you would have never known they were in pain, they were holding my hands and letting me use their shoulders to hold onto on the really steep parts, I love those two.} But finally around  7:30 we made it to the base of the mountain. We all were so excited to get in the car! Mark started the car and said, I’m not sure if I can drive!
It really was the most amazing experience. It really tested us and our bodies. We were not expecting how challenging it was. But it was so worth it. Mark was so estatic when we reached the top, I love seeing him happy like that, I would do anything for him to be that happy.
I thought I was sore yesterday, but day 2 is much worse 🙂

“Strength does not come from physical capacity. It comes from an indomitable will.” Mahatma Gandhi 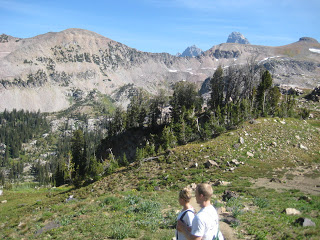 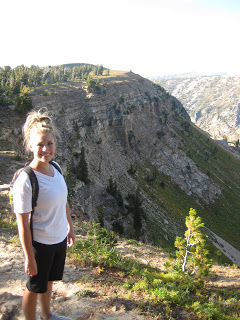 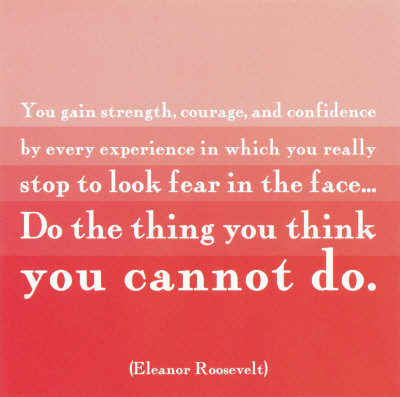 2 thoughts on “Do the thing you think you cannot do.”