So I really love fall/all holidays. Maybe it’s because I have little sisters so we celebrate everything still or maybe it’s because I’m not fully grown up yet. But I love doing all things festive. But Mark is the youngest in his family, so he didn’t do all the typical holiday things once his brothers moved out. So how do I get him to want to do all the stupid, cheesy holiday things?

I REALLY wanted to go to a pumpkin patch this weekend, expecting to search for the perfect pumpkin, getting apple cider and hopefully a hay ride. So to make it more enticing to Mark, I said we should invite some friends, that got him! But then no one could go with us. So then Mark lost the little enthusiasm he had.
I did convince him to at least get pumpkins from Walmart with me, but he just grabbed the first one he saw. He didn’t care to search through to find the best ones. Then he was really procrastinating carving them. I wanted to the second we got home, of course, but I didn’t push it. After 4 hours I went out side and brought the pumpkins in myself and started carving.
He won’t ask his boss to get off work a couple hours early for the ward Halloween party this year {maybe I’ll go by myself as a widow?} He won’t dress up. Annnnnnd he already told me he never wants to go to Christmas tree farms and pick out a tree, he just wants a fake on!

Why didn’t I know he was a bah hum bug before I married him?! This has to change. 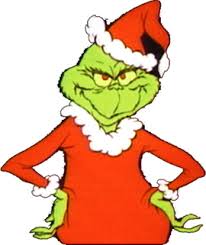