This weekend was another great 3day weekend spent mostly on the couch cuddling and watching movies with our friends Tara and Peter! We watched so many movies; Tron, Moulin Rouge, True Grit, {mark watched} Downfall…that might be all of them, at least all that I can remember right now. One of the highlights of the weekend was trying to think of something fun and unusual to do on our Monday off. We decided to just get in the car and go…we didn’t know where but just drove on some back roads to see where they lead to. About 10 minutes later we ended up in the Dollar Store parking lot and decided to go see what great gems they had. We walked around the entire store, I’m embarrassed to admit we spent almost an hour in there finding the most ridiculous things and laughing our heads off, one of the best was their wayyy off brand of cleaning products calls “Totally Awesome Cleaning Supplies.”
I also had an epiphany while in the Dollar Store…I have the potential to become a hoarder! There were so many times when I would find something, like these giant pint glasses that I really wanted, I would try to convince Mark to let me get them by saying things like “they are only a dollar!” “think of how much Root beer float this could hold!” I’m so glad we left empty handed because as much as I thought I wanted all that junk, I realized it’s just that, junk, that I don’t need! Good job Dollar Store, you almost made me eligible for TLC’s Hoarding: Buried Alive.
We had the best time walking around the Dollar Store. {it sounds stupid, I know} but it was so much fun laughing until I cried with Mark.

After all the time we spent on the couch this weekend I realized how important it is to have a good, comfy couch. Ours was kind of an impulse buy…we didn’t do all the research we should have, but I blame Mark mostly 🙂 He doesn’t like shopping around so after he sat on it for a good 30 minutes at the store we bought it. I think it’s ugly and not real comfortable. So we are going to try to sell it when we move so 1. we don’t have to haul it to California with us and 2. I can get a cream sectional! {swoon!} I found my dream one on CrateandBarrel.com, now I just have to figure out how we can afford it and what color scheme I want to go with it! {throws and pillows} 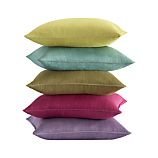 One thought on “Hoarding”